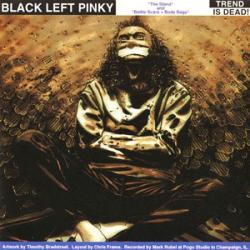 A pair of unreleased gems from South Carolina snotcore punks, the Frantics. Recorded back in '96 during an early session intended to be their first album...the majority of the songs from that studio date were re-recorded for the eventual full-length release of It's Casual, but these two remained unheard...until now!